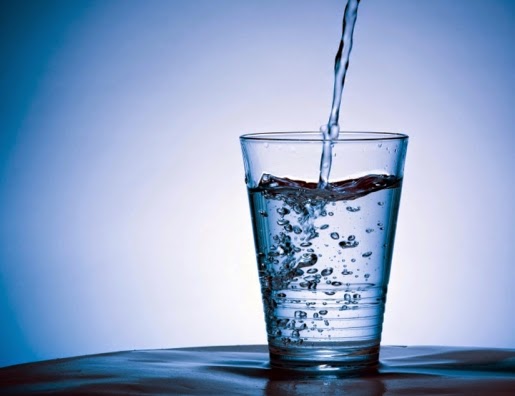 “I've been drinking as long as I can remember,” Joseph remembers, clasping his hands in his lap. Joseph Weedy is a short guy, with corrective lenses and mouse-brown hair that tapers into short sideburns. He clears his throat and continues: “I think it started when I was a baby. My mom gave me dihydrogen oxide, or oxy as we called it. It was clear, tasteless, but utterly addicting. By the time I was two, I couldn't live without it. Scarcely a day could go by before I was begging my parents for more.”

Joe is just one story out of many. Millions all across the planet are hopelessly addicted to this deceptive liquid drug. Taking it is simple: you get a glass from the nearest source—often as close as a sink or a fridge—and bottoms up. Many people take it dozens of times per day. Some more daring addicts try to drink it less often, but the withdrawals are devastating: within hours, your mouth dries out, and you start feeling weak. Sometimes this process, called dehydration, can lead to vomiting and diarrhea, and eventually leads to death.

This makes stopping an impossible task. Joe's tried before. “It was awful,” he recalls. “I stopped in the morning. By the time evening hit, I couldn't help myself: my hands trembling, I got a glass out of the cabinet and filled it up. When the glass was empty, my symptoms began to go away, but the knowledge that I couldn't kick this habit remained.”

Some enterprising characters have lobbied in Congress for the outlawing of this drink. “Drinking causes millions of people worldwide to have fulfilling and healthy lives,” one spokesperson said, the chairman of the National Nihilist Association. Their efforts remain fruitless, since oxy is an integral part of cultures worldwide.

There are many who think that dihydrogen oxide is, in fact, good for you. Joe dismisses this. “Oxy's an old disease. It's been around for a long time, and I guess it's a fairly harmless tradition. But traditions can hold us back, and I know for sure that there's a better liquid out there—one less constricting and better for you. We need to be free to drink what we want.”

Will scientists find a cure for the “H20” addiction? Many think that it's impossible. Regardless, drinking remains a crucial social problem in modern society.

“Look at both sides of the issue,” Joe says. “The NNA is just one of the many organizations trying to spread the word. We need as much tolerance and respect as both sides can muster, in order for the word to get out. Get educated, get involved, and help us find a cure for this old problem.”
Posted by Jake at 8:07 AM

Jake
A Christian, a writer, and a pursuer of truth and beauty.